You will be represented by only the best. Our attorneys pride themselves in offering exceptional service, striving to help you achieve your goals and ensuring your questions and concerns are addressed every step of the way. 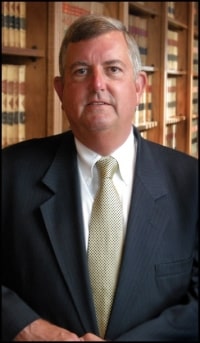 John S. Duncan applies his 46 years of practicing law to translate even the most complex legal issues into understandable solutions for his clients. His extensive experience includes representing local and large businesses in entity formation, drafting buy-sell agreements, and negotiating complex stock and asset sales and business transactions.

John also counsels clients on advanced estate tax planning, marital and bypass trusts, and the preparation of estate tax returns. Buyers and sellers of residential and commercial real estate rely on John for his real estate expertise in § 1031 exchanges and annexation & zoning issues.

John earned his bachelor's degree at John Carroll University before attending Loyola University Chicago’s School of Law where he earned his J.D. He is a member of the La Salle County and Illinois State Bar Associations. John currently serves as President of St.Vincent’s Cemetery and as a member of St. Patrick’s Parish Council.

William P Hintz devotes his practice to employment related issues, civil litigation, and real estate matters. Bill’s experience allows him to navigate through the numerous employment statutes to counsel employees and employers alike. As a seasoned trial attorney, he has the necessary experience to advance his client’s goals, whether by settlement or in the courtroom.

Bill is a graduate of DePaul University, where he obtained both his B.A. and J.D. degrees. He is a member of the La Salle County and Illinois State Bar Associations. Bill served as Scoutmaster of the Peru Boy Scouts Troop 123 and remains active in the organization.

In 2016, Mr. Hintz was the recipient of the Trial Excellence Award given by the Jury Verdict Reporter for the most significant defense verdict in a motor vehicle accident case in 2015. 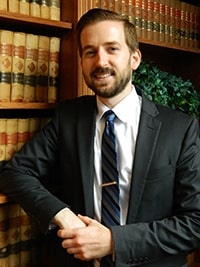 Cote J Klinefelter strives to develop creative solutions to complex legal issues. His practice includes counseling new and existing businesses, representing buyers and sellers of real estate, and advising clients throughout the estate planning process. Through Cote’s education and experience, he is able to craft strategies across these overlapping practice areas to help his clients achieve their goals. 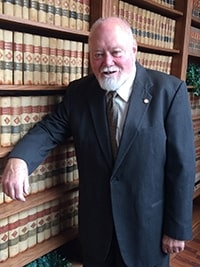 R. James Lannon is a passionate advocate for his clients in the areas of family law, personal injury, workers’ compensation and mediation. As a certified mediator through the State of Illinois and former judge, Jim’s unique perspective drives his counseling of clients through divorce, child custody and support, and post judgment issues. He has successfully tried numerous cases throughout his nearly 60 years of practice in all areas of civil litigation.

In 2011, Jim accepted an appointment as a Circuit Judge in the Thirteenth Judicial Circuit. He served until December 2012. During that period, he presided over civil disputes of all types ranging from personal injury suits, divorces, foreclosures, contract actions and partnership disputes, to name a few.

Gary R Eiten served as an invaluable partner of the firm for 35 years. He graduated from the University of Illinois and IIT/Chicago Kent College of Law. He was a member of the La Salle County and Illinois State (Assembly member 1988-1990 and 1994-1996) Bar Associations as well as the Illinois Association of Defense Trial Counsel.

Gary successfully defended clients in numerous trials, including personal injury and wrongful death actions. In 2002, he received the Illinois Attorney General's Adult Volunteer Award for initiating the Illinois Valley Peer Jury Program, which aimed to give troubled youths a second chance. In 2016, Gary was the recipient of the Trial Excellence Award given by the Jury Verdict Reporter for the most significant defense verdict in a motor vehicle accident case in 2015.

Gary will be remembered as an excellent trial attorney, loyal friend, and most importantly, a dedicated family man. He is survived by his wife, Mary Alice, three children, Daniel (Anna) Eiten, Emily (Jeff) Kelly, and Lauren Eiten, and one granddaughter, Grace.